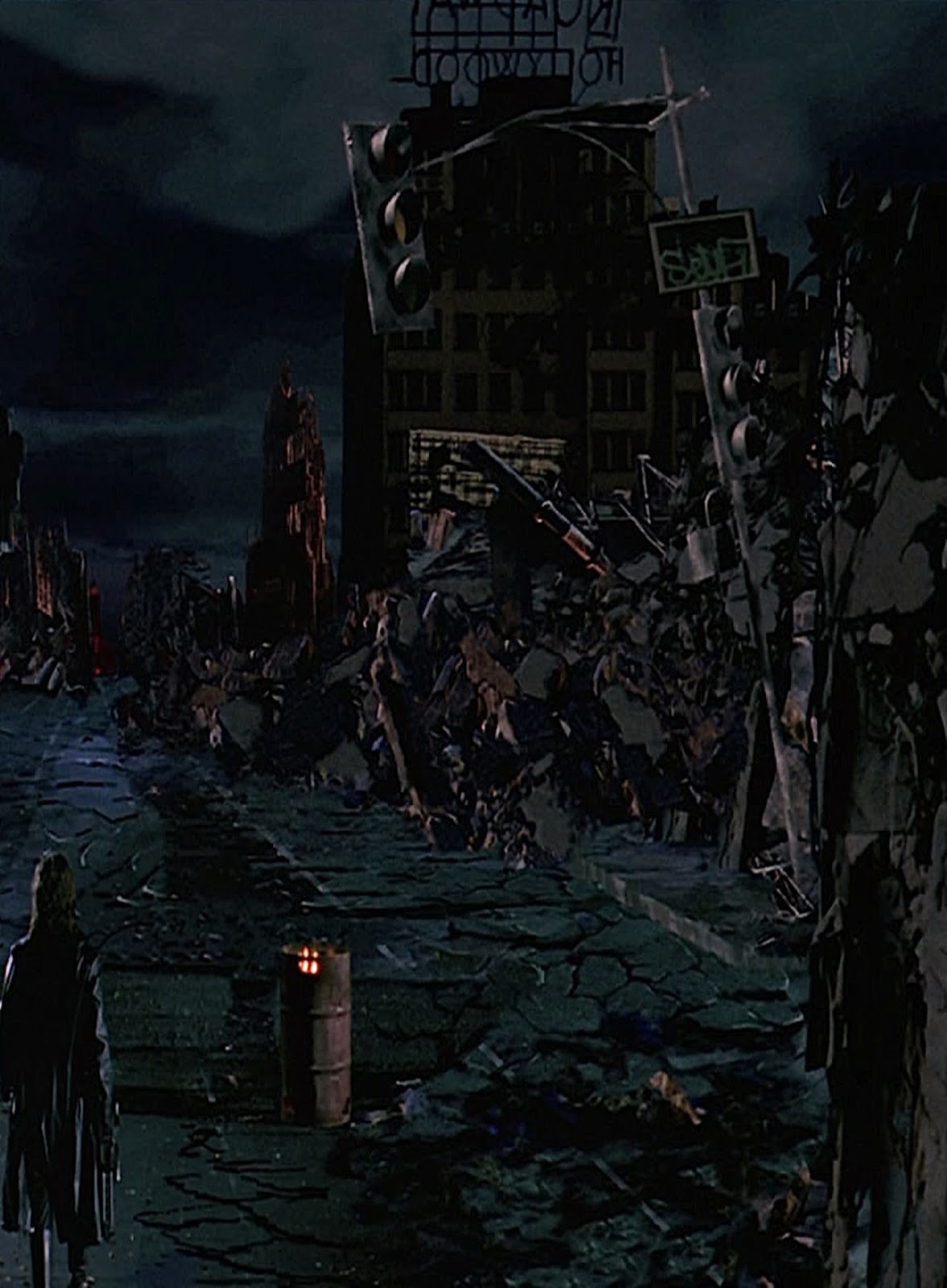 John Carpenter's sequel to "Escape From New York" stands distinctly apart from its predecessor in tone and atmosphere.  In "Escape From L.A." the suffocating claustrophobia of post-apocalyptic New York was replaced by the rampant and immersive destroyed landscape of Los Angeles, with the first film's vague horror vibe completely done away with in favor of a far more playful and irreverent feeling.  The whole film feels like it has very little to lose; Carpenter himself has said on multiple occasions that "Escape From L.A." should be read as a straight comedy, and that any attempts to intellectualize the film or tie it inextricably to the first will surely meet with failure.  Setting the film further apart from the world of the first is the soundtrack, composed by Carpenter but with significant outside assistance from Shirley Walker.  The difference is perceptible, to say the least.
In working with the score to this much-maligned film I've sought to reunite it a bit with "Escape From New York," at least as far as my own sonic universe is considered.  A spiritual cousin to the sounds found on my "Escape From New York" box set, the works here are glacially droning and anxious, inhabited by a severe and disorienting emptiness.  The final piece is a 35 minute noise epic, a coda of sorts to the massive three-part HNW suite that closes out the "Escape From New York" set.
Packaged in a tri-volume DVD set, in a limited edition of 5 hand-numbered copies.  $30 ppd. in the United States, $43 rest of world.