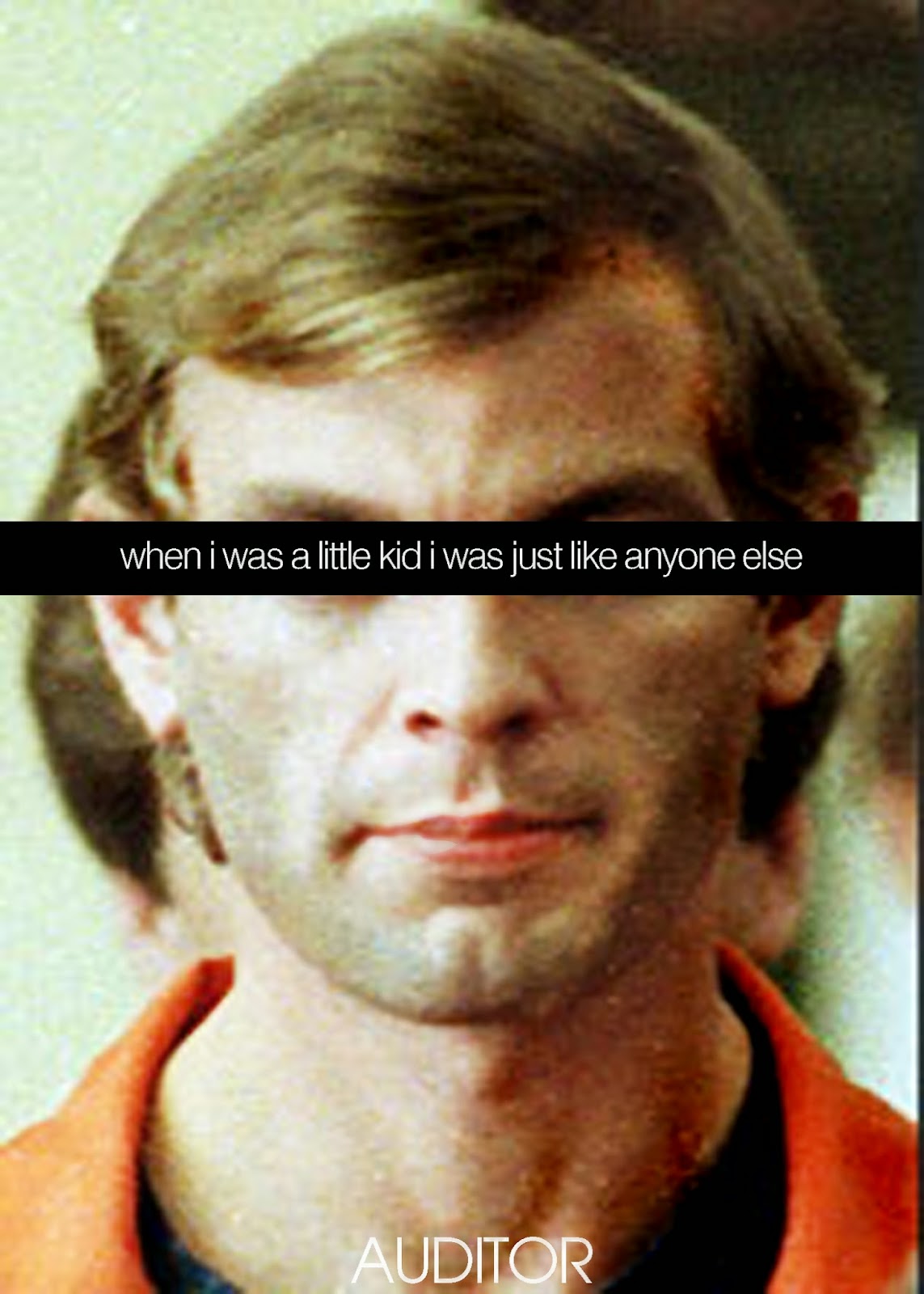 An utterly crushing and endurance-testing piece of HNW punishment from the Auditor, exploring the dual face of black hole psychopathy and the pitiful attempts at self-awareness and insight proferred by serial murderers.  Crafted out of an extremely lengthy interview with Jeffrey Dahmer, Auditor's work here becomes both inescapably dense and severe and almost psychedelic in its textural and tonal changes, reflecting the grey prismaticism of Dahmer's crumbling interiority as he fumbled towards some sort of understanding and appreciation of what he had done.  Troubling and disturbing in the best possible way, "When I Was A Little Kid I Was Just Like Anyone Else" is a major HNW statement within the subject of nullifying and nihilistic criminality.
The record can be streamed in its entirety at the Auditor's bandcamp page:

Packaged as a dual side printed heavy-stock card with the CDr's affixed to either side, housed inside a clear plastic bag, in a limited edition of 20 hand-numbered copies.  $15 ppd. in the United States, $28 rest of world.

ORDER HERE: www.altarofwasterecords.storenvy.com
Posted by Author at 10:55 AM