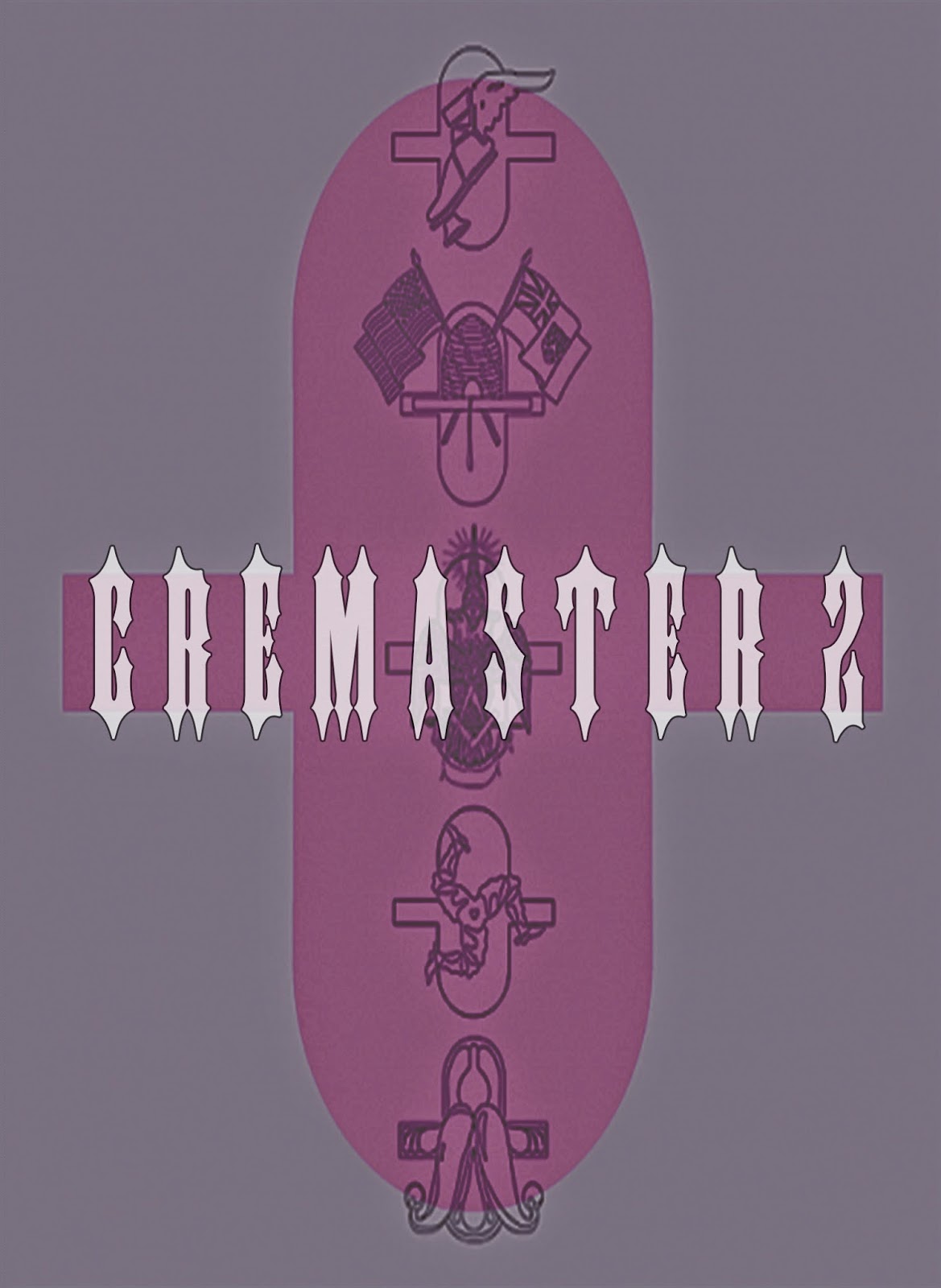 Matthew Barney holds a special place in my heart.  As a creator of purposefully artful filmed images, few can rival his vision; as a champion of metal and noise and their relationship to the world of high art, and all-around in-his-own-universeness, he remains a provocative and polarizing figure.  I chose to work with the soundtrack to "Cremaster 2" because of its overtly obvious ties to the worlds of metal and noise (Dave Lombardo drums on the OST's centerpiece "The Main In Black," alongside vox from Steve Tucker and "riffs" by a swarm of fucking bees) as well its literary ambition (the film serves as an alternate cinematic version of Norman Mailer's epic docu-novel of banal nihilism "The Executioner's Song"), but also because of its confrontational and beautiful slow-moving imagery.  The resulting album is a mixture of death ambient, emptiness drones, and overloaded psychedelic HNW-a tour through my various interests as a sound artist, speckled with a drop more of darkness and blood than is my usual.
Packaged in triple DVD cases as a twin volume set, in a limited edition of 5 hand-numbered copies.  $30 ppd. in the United States, $43 rest of world.