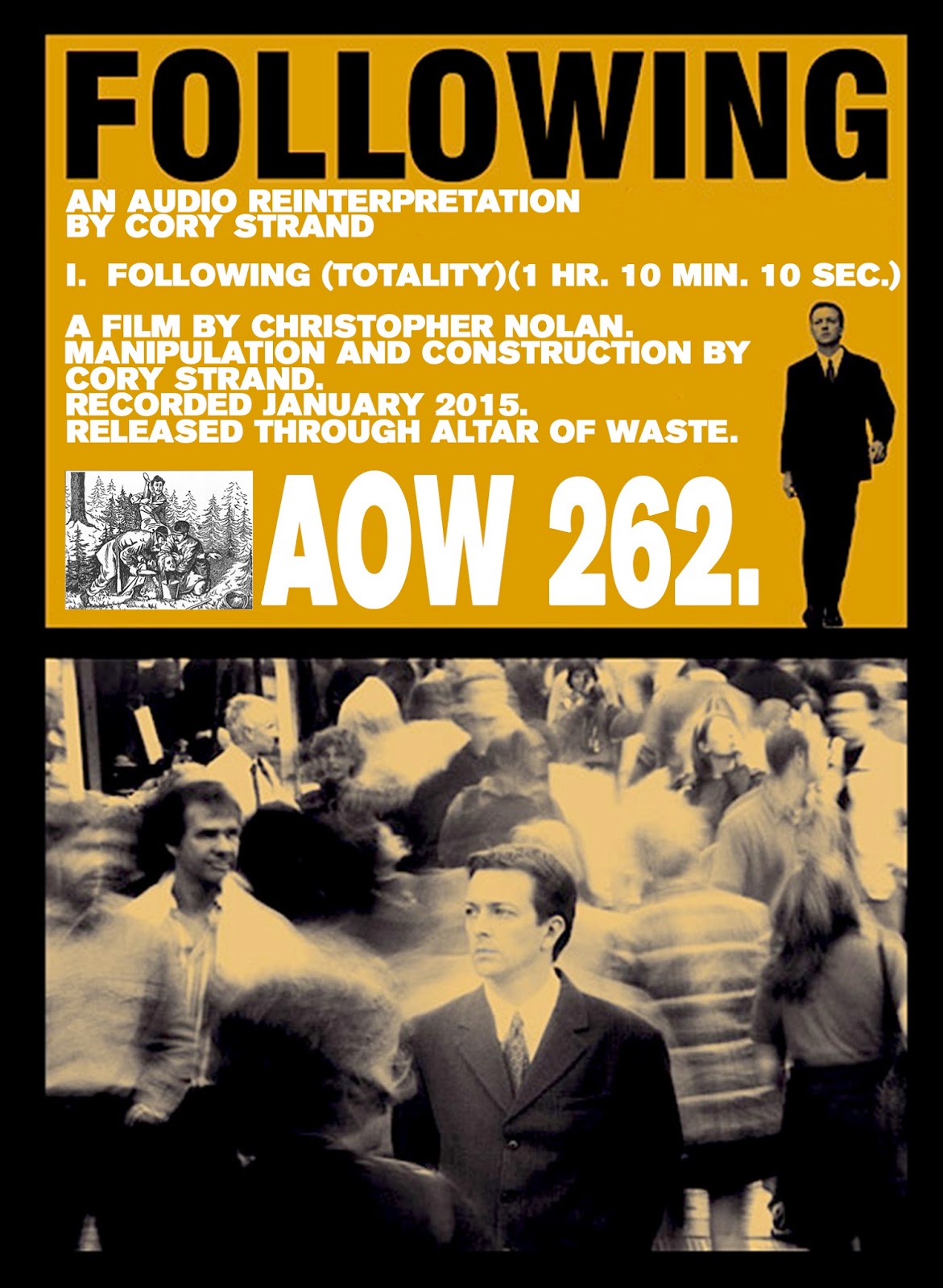 HNW rework of the full audio of Christopher Nolan's debut feature, the noir-inflected paranoid double cross nightmare Following.  The film is a small masterpiece study of obsession, isolation, and loneliness, and the lengths to which a person will go to alleviate it.
In working with the audio I've gone for all out destruction (as I usually do on full film reworks); the result is a lean 70 minute deeply textured noise piece that goes through a wealth of tonal permutations and harmonic extremes, hopefully capturing the physical and emotional violence that forms the film's core.
Packaged in a DVD case in a limited edition of 5 hand-numbered copies.  $10 ppd. in the United States, $23 rest of world.

ORDER HERE: www.altarofwasterecords.storenvy.com
Posted by Author at 6:26 AM