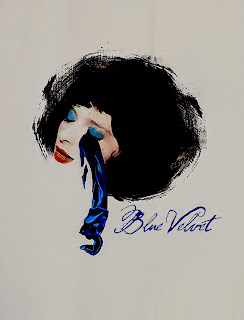 A Raja's Mesh Men's entry in the "Blue Velvet" series comes in as a long form and impressively dynamic wall piece, working off of HNW's continued interest in intense duration combined with a texturally transformative approach that exists in the shadows of the modern HNW movement.  As the piece progresses and veers away from a pure power assault, the intensity of the wall begins to crumble away, becoming more forlorn and despondent, building towards an affective release of ache and anger at the composition's end.  A very masterful, shifting, expressive slab of wall from this young project.
Packaged in a fold over cover in a clear plastic bag, released in a limited edition of 10 hand-numbered copies.  $7 ppd. in the United States, $20 rest of world.

ORDER HERE: www.altarofwasterecords.storenvy.com
Posted by Author at 7:56 AM