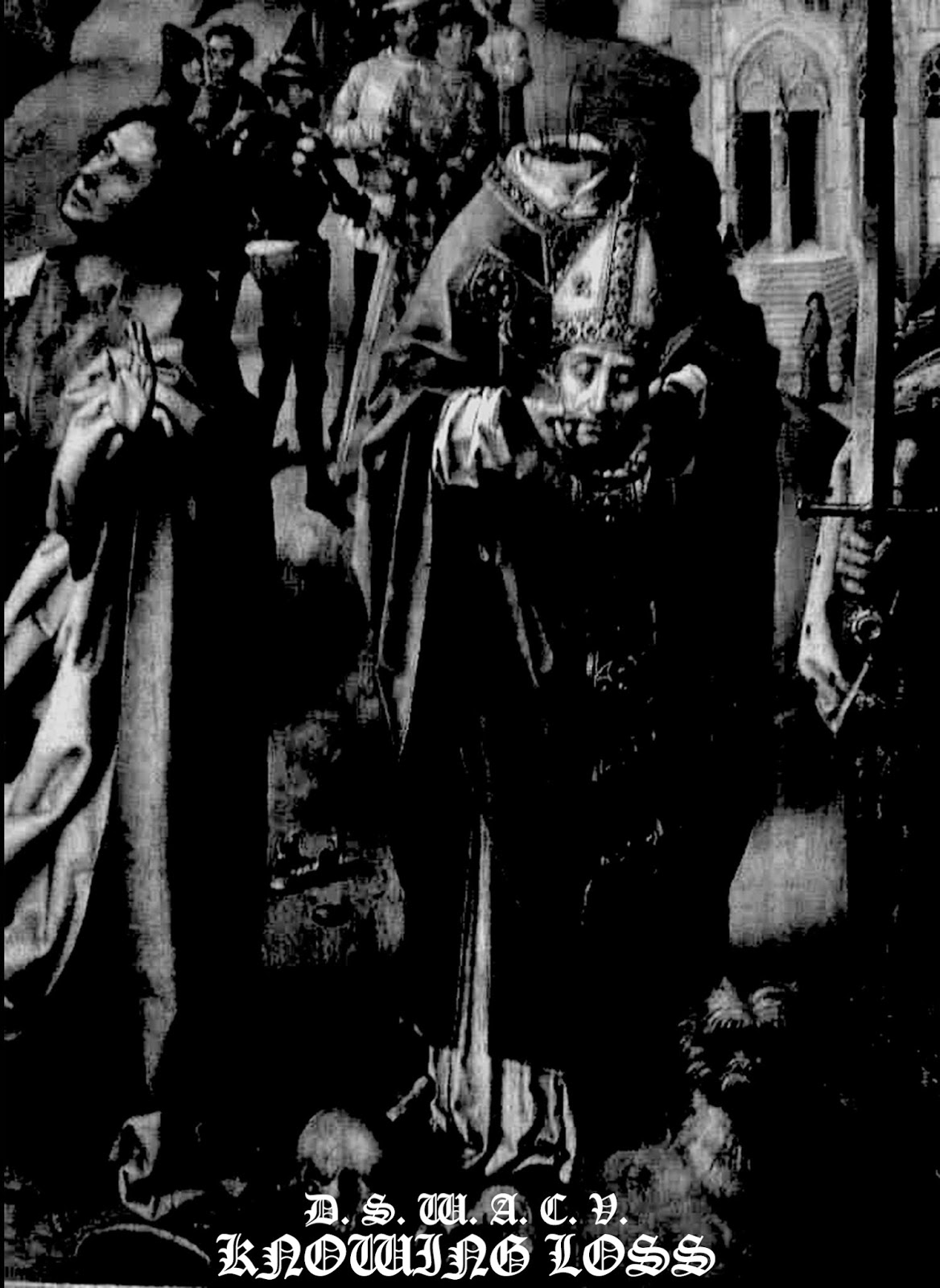 Full length follow-up AOW release for Distorted Souls Within A Corrupt Vision, following the project's epic contribution to the "Blue Velvet" series.  I was so impressed by the crushing, unrelenting, immersive staticism of DSWACV's "Blue Velvet" record that i knew I had to do more with the project; the result is the gargantuan double album "Knowing Loss," the first physical releases of two massive works previously only available digitally.  The two pieces here are exactly what you'd expect and want: crumbling, dense, stagnant, and torturous walls concerned with approaching death.  Both tracks have been remastered by DSWACV for extra destruction.  True fucking WALL.
Packaged in a DVD case and released in a limited edition of 15 hand-numbered copies.  $15 ppd. in the United States, $28 rest of world.

ORDER HERE: www.altarofwasterecords.storenvy.com
Posted by Author at 7:28 AM