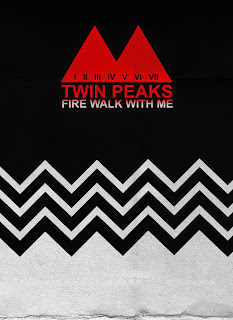 In honor of the fantastic news regarding the new "Twin Peaks" series, I have reissued my long out of print rework of the "Fire Walk With Me" soundtrack, along with a wealth of bonus material.  This version features totally different artwork and two extra discs of music (a lengthy ambient rework of "The Nightingale" and an HNW "Totality" rework of the film's entire audio track.)  All told, over three hours of new sounds added to the original album, so even if you have the original release, this may be worth your time.  Here's my description of the OST rework:

Packaged in a DVD case in a limited edition of 5 hand-numbered copies.  $35 ppd. in the United States, $48 rest of world.

ORDER HERE: www.altarofwasterecords.storenvy.com
Posted by Author at 6:28 AM