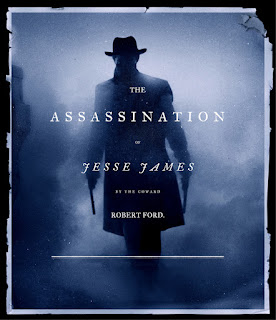 This may be the most insane, over-the-top thing i've ever made, but fuck if it isn't achingly beautiful.  This is my rework of Nick Cave and Warren Ellis's masterful score for Andrew Dominik's woefully underappreciated revisionist Western The Assassination of Jesse James by the Coward Robert Ford.  I saw the film when it was released to theaters years ago and was moved by the awesome, Malick-like poetry of its imagery; since then, I've seen the film many times over and studied it intently (it was my cinematography professor's favorite film), both for its theoretical implications and technical prowess.
In working with the score, I've applied the same sort of techniques as were utilized during my rework of Neil Young's Dead Man score; this set is a relative to that one in terms of structure, more an art object honoring the film than a straight musical object.  Sonically it references Tim Hecker and Troum in the ambient sections and My Bloody Valentine in the noise/HNW sections.  All told, the set contains roughly 7 hours of music.
This set includes the score reworked in ambient mode across 19 discs, the score reworked in HNW/noise mode across 19 discs, and an HNW "Totality" recording of the entire film's audio track (almost three hours.)  Packaged in 19 double-DVD cases (the score) and a single DVD case (the 'Totality" recording), each with their own unique artwork using images from and ephemera associated with the film.  As said, this is one of my craziest, largest-scale projects, but I think the results are well worth it.
Released in a limited edition of 5 hand-numbered copies.  $200 ppd. in the United States, $213 rest of world.

ORDER HERE: www.altarofwasterecords.storenvy.com
Posted by Author at 10:56 AM