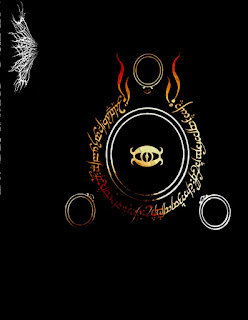 New release from my Summoning-worship BM/noise project Lindskold.  "Dreams Of Flame" is comprised of the two bonus tracks i recorded for the yet-to-be released remastered versions of "The Aura Of Collapse" and "The Majesty Of The Lidless Eye," both due out at some future point on Occult Supremacy Productions.  The two tracks are both very much in Summoning vein, with melodic guitar lines and a wealth of synthesizers.
For this cassette release I have also created a short intro and outro piece, both of which have never been heard/released.
This is a really great little tape.  Fans of the project will not be disappointed; also, those familiar with the project know it's difficult for me to record this stuff, so this could be the last Lindskold release for awhile (although I am working on  a cassette release of "The Aura Of Collapse".)
Released in a limited edition of 10 hand-numbered copies.  $8 ppd. in the United States, $24 rest of world.

ORDER HERE: www.altarofwasterecords.storenvy.com
Posted by Author at 7:51 AM