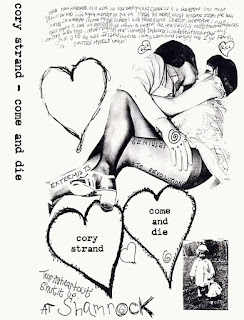 Second release in my ongoing series of Hole reworks.  This cassette uses "Live Through This" as source, and the resulting two tracks are gargantuan slabs of droning, crushing, distant, sludged-out DNW.  This album sounds like Sunn 0)) on quaaludes.  Just fucking massive.  Crudely printed art paying homage to the Riot Grrrl movement from the Pacific Northwest.
Released in a limited edition of six unnumbered copies.  $8 ppd. in the United States, $24 rest of world.
The cassette can be streamed in its entirety here:

ORDER HERE: www.altarofwasterecords.storenvy.com
Posted by Author at 8:45 AM