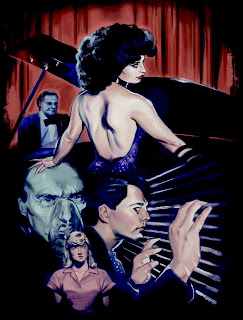 Body Stress's entry in the "Blue Velvet" series is an interesting and arresting take on HNW, veering into depressive ANW throughout the record's two pieces, but culminating in an overall emotional wipeout that belies the record's truncated runtime (about 22 minutes.)  The two walls here sound roaring, oceanic, and incredibly far away, as though beheld from a great distance; perhaps of time, perhaps of emotion.  Again, the power of nostalgiah that permeates Lynch's film haunts the compositions here too; the inherent darkness existing in the cracks of suburbia eventually begins to waft up into the beams of lurid sunshine.
Packaged in a fold over cover in a clear plastic bag, released in a limited edition of 10 hand-numbered copies.  $7 ppd. in the United States, $20 rest of world.

ORDER HERE: www.altarofwasterecords.storenvy.com
Posted by Author at 8:02 AM