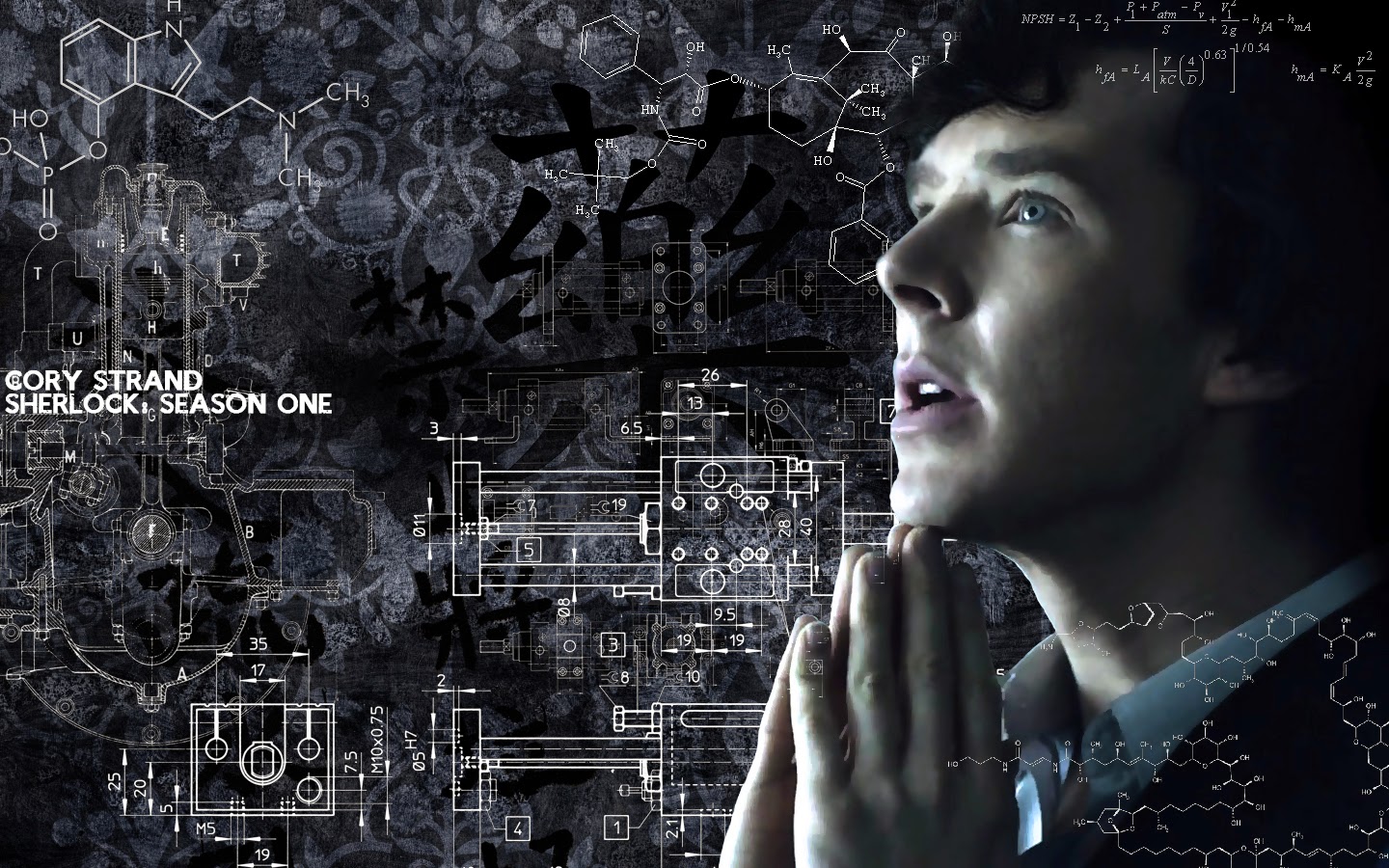 A massive HNW rework of the full audio tracks from each episode of the first season of "Sherlock."  I guess this one might strike people as odd, since HNW isn't necessarily the first thing a person might think about when considering "Sherlock" as pure sound, but Holmes' emotional reserve and sociopathic tendencies, as well as his unflinching attention to detail, suggests to me that HNW might just be a good fit.  I am pleased to say that my rework of the episodes has resulted in some of my densest, most intense walls amongst my ever-growing collection of "Totality" recordings; thick, tarry eruptions of vomit-noise drone with just a hint of meoldy rising up in the background.  Sheer audio violence, and of course, close listening will yield a rich amount of psychedelic detail.
Each episode is packaged separately in its own DVD case, with artwork culled from some of my favorite images from each (the cinematography on "Sherlock" consistently blows me away.)  Released in a limited edition of 5 hand-numbered copies.  $40 ppd. in the United States, $53 rest of world.

ORDER HERE: www.altarofwasterecords.storenvy.com
Posted by Author at 7:34 AM