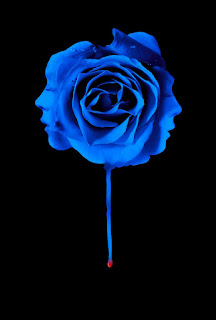 Massive rework of Joel McNeely's score for the maligned Lindsay Lohan neo-noir I Know Who Killed Me.  For all the shit people toss at her, Lindsay has actually chosen some daring roles; her work in this film stands as perhaps her most interesting (aside from her role in Paul Schrader's The Canyons.)  I hadn't done any Lindsay-themed work in awhile, and I thought a detailed exploration of this film's stellar score (it really is quite lovely and haunting) would make for a good deluxe set.
The set is comprised of 25 ambient pieces crafted from the film's score, in varying lengths, plus an HNW "Totality" rework of the entire film's audio track on DVD-R.  Packaged in 26 separate DVD cases, each with their own artwork utilizing my favorite images from and ephemera associated with the film.  All of the screen grabs were done by me personally from a blu-ray transfer of the film.
Released in a limited edition of 3 hand-numbered copies.  $260 ppd. in the United States, $276 rest of world.

ORDER HERE: www.altarofwasterecords.storenvy.com
Posted by Author at 6:34 AM