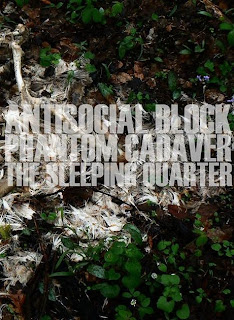 Devastating three-way split filled with some of the most dynamic and complex HNW I've heard in a long, long time, an hour long trudge through a wealth of changing tonal saturations and intensely severe wallcraft.  What's really amazing to me is how each of the three entities involved with this recording matches the others in terms of compositional density without sacrificing any of their individual tendencies.  For those naysayers who think there's no variety in the HNW genre, let them be forever silenced by the crushing mass of pure writhing electric holocaust found on this split.  Beautifully curated and utterly scathing in its unrelenting ferocity, a descent into the white noise abyss and a plunge into the farthest depths of audio hell.  If you're interested in the state of HNW as a creative and expressive genre then drown yourself in this onslaught.
Altar Of Waste is pleased to release this united front against misperceived ideologies regarding modern noise.  To paraphrase one of the old guard of rock and roll recidivisim, "If you want blood, you've got it."
Packaged in a DVD case in a limited edition of 30 hand-numbered copies.  $10 ppd. in the United States, $22 rest of world.