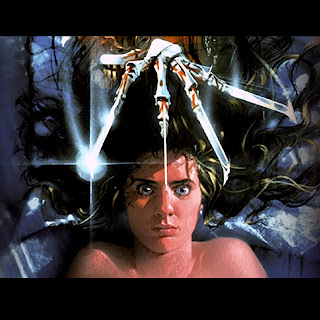 Massive new double album for Dustin's Occult Supremacy label, a rework of Charles Bernstein's masterful soundtrack for Wes Craven's classic film "A Nightmare On Elm Street."  In working with this soundtrack in particular I wanted to make something incredibly dynamic and fluid, as the score itself is already insanely awesome (if you have not heard it separated from the film, do yourself a favor and download it!)  The result is two discs' worth of agonized walls and menacing drones rife with tonal complexity and a hallucinogenic aspect evocative of the sleep-deprived state forced upon the film's unfortunate dreamers.  The artwork on this one came out looking insanely great, with rich and deeply saturated colors that just bleed off the paper.  In the tradition of all the soundtrack reworks i do for Dustin's album, this one is full of texture and atmospheric dread.  I had a lot of fun making this and I hope it keeps you up at night.

ORDER HERE: www.altarofwasterecords.storenvy.com
Posted by Author at 7:49 AM