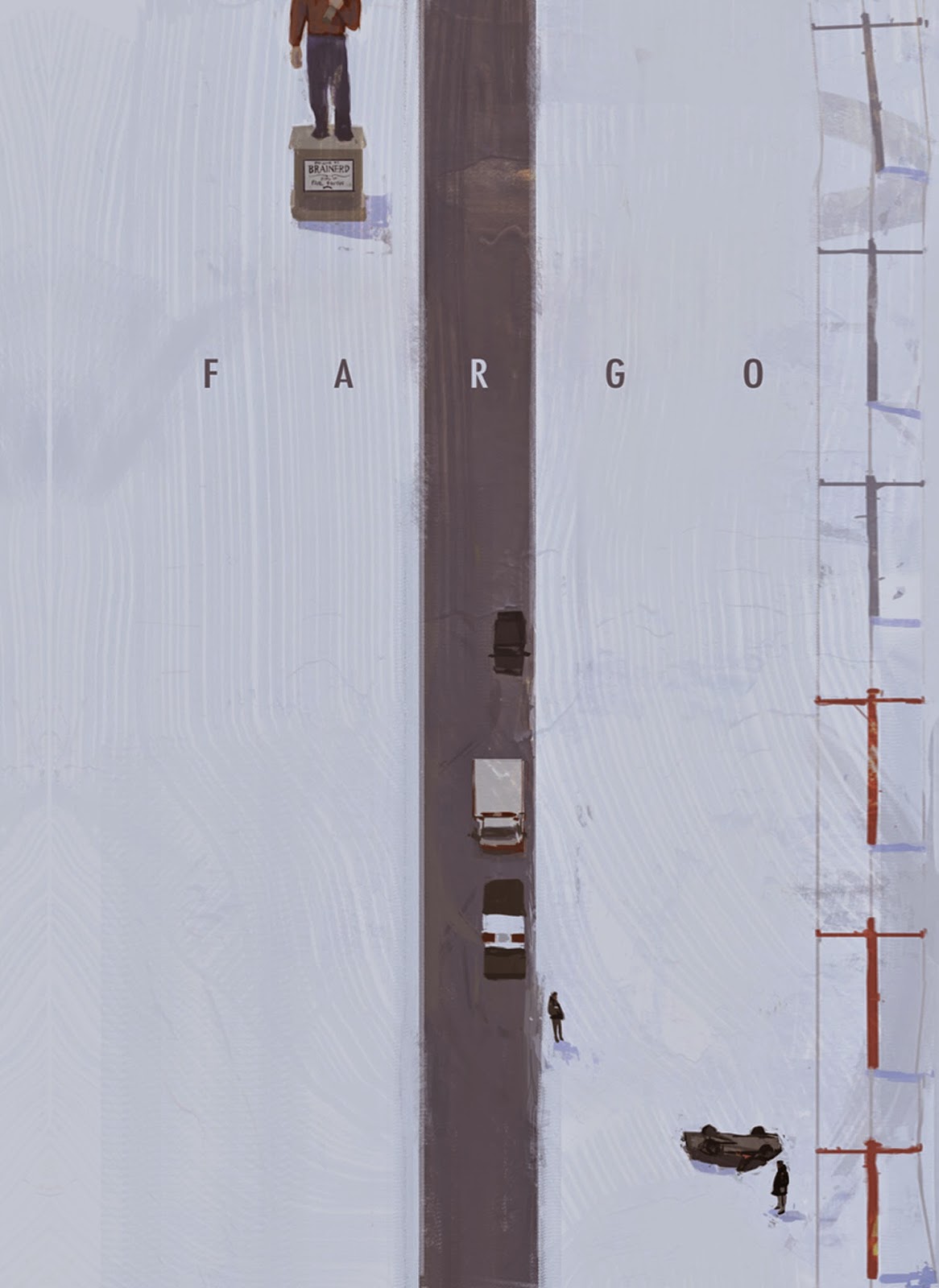 PLEASE NOTE: This will be included in the "Fargo: Complete" box set.  Only order this version if you do not plan on ordering the box set, or if you are a completist and want this version (it has different artwork than the box set version.)

Stand-alone version of AOW 215, the rework of Carter Burwell's epochal and beautifully minimalist score for the Coen Brothers' 1996 masterpiece "Fargo."  I saw this film in 1996 (my parents rented it for me, of all things) and it quickly became a favorite for its bleak and absurd nihilsitic look at life in the northern Midwest; to this day it remains one of my very favorite films.  I had started work on this album quite awhile ago; i had originally intended to record it for Occult Supremacy, but never quite liked the direction it was moving in.  I took a long break from it; when I came back to it and started in on it again, I found the tones and sounds I was looking for.  The score is stretched out and blurred considerably, becoming hazy and nebulous, but still retaining its melodic and tense undercurrents.  A quiet storm, perhaps.
Packaged in a DVD case in a limited edition of 5 hand-numbered copies.  $25 ppd. in the United States, $38 rest of world.

ORDER HERE: www.altarofwasterecords.storenvy.com
Posted by Author at 6:50 AM