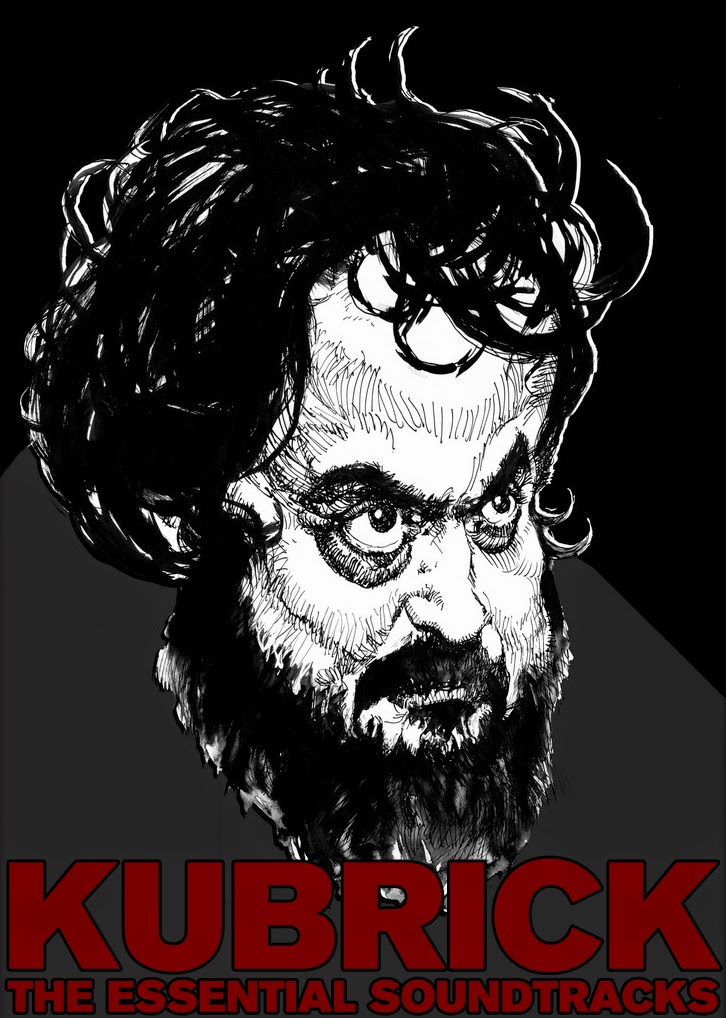 A huge new solo work focusing on the master of masters, Stanley Kubrick.  Though i've worked with some Kubrick films in the past (both A Clockwork Orange and my large series of work focused on The Shining), they were much more appreciations of Wendy Carlos than Kubrick, whereas this set is an exploration of Kubrick's soundtrack ouevre in truly expanded form.  The 20 discs are HNW and ambient reworks of the soundtracks to nine different films from Kubrick; the resultant whole is a massive homage to a true visionary, a personality who for many (myself included) marks the highest level of cinematic artistry one can achieve.
The included/reworked film soundtracks are: Spartacus, Lolita, Dr. Strangelove, 2001: A Space Odyssey, A Clockwork Orange, The Shining, Barry Lyndon, Full Metal Jacket, Eyes Wide Shut.
Packaged as a 20 CDr box set, with the HNW discs in DVD cases and the ambient dics in fold-over covers within clear plastic bags.  Each of the 20 discs have their own artwork, utilizing images from and associated with the films.  The entire set is housed in a painted box with a paste on cover, an insert with my liner notes for each soundtrack rework, an insert with the release info and catalogue number, and a signed/numbered insert from me.  Released in an edition of 5 copies.  $140 ppd. in the United States, $153 rest of world.