CORY STRAND "UNDER THE SKIN: A REINTERPRETATION" 10CDr (AOW 222) 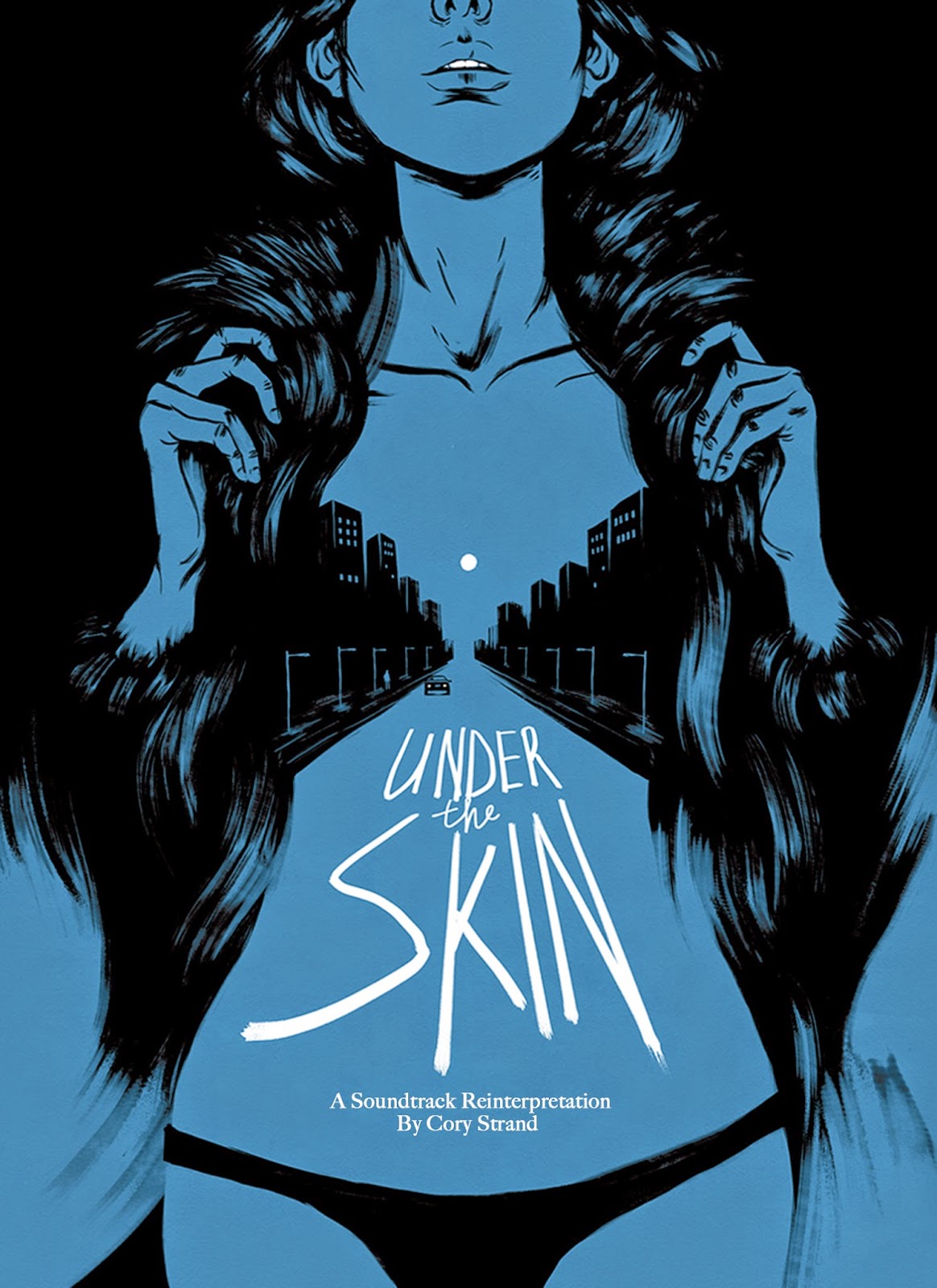 My expansive and engulfing drone/HNW rework of Mica Levi's challenging score to Jonathan Glazer's sensually indifferent cosmic void excursion "Under The Skin."  Since Levi's original work is already quite discordant, ambient, and droned out the challenge became one of harnessed aesthetics as opposed to all out transformation; rather than warp or destroy i sought to inhabit and (deathly) blossom.  I chose to split the album into two distinct sections, drone and HNW, to reflect both the film's intensity and its tension.  The result is some of the most empty and troubling ambient music i've made, full of malice and stress with few melodic elements.  Even those few pieces that suggest melody immolate it by taking it to an infinite: change is illusive if not imagined, or perhaps felt rather than noticeably perceived.  The HNW discs are deep-toned destructionist pieces that illustrate a more hellish side of drone, stoic and implacable but malevolent and violent.
Packaged in a twin volume DVD case in a limited edition of 5 hand-numbered copies.  $60 ppd. in the United States, $73 rest of world.