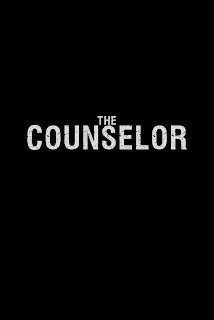 An empty and droning death ambient rework of Daniel Pemberton's arid score for Ridley Scott's much-maligned and wholly undervalued nihilistic neo-noir The Counselor.  Written by Cormac McCarthy, Scott's film is essentially the spiritual sequel to Joel and Ethan Coen's No Country For Old Men and a distant cousin to Vince Gilligan's magnum opus Breaking Bad, showcasing the tiresome, illusory banality of materialism and its devastating effects on a circle of loosely associated figures on either side of the law and morality.  For me, The Counselor is a masterpiece of a film, with an astonishingly haunting score to boot.  In working with the music, I've sought to elongate the meditative nature of McCarthy's philosophical interests through audial means; hopefully the results will be transportative.
This set consists of my rework of Pemberton's score spread across ten discs, a full-length coda piece made from elements of the score, and an HNW "Totality" recording of the unrated/extended cut of the film's audio track (over 2.5 hours).  Packaged in 12 DVD cases, each with their own unique artwork.
Released in a limited edition of 5 hand-numbered copies.  $100 ppd. in the United States, $113 rest of world.