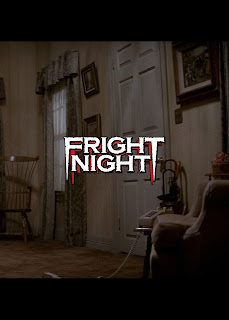 Volume Two of my massive rework of the score/soundtrack to the 1985 campy vampire gorefest Fright Night, this time a cold and creepingly melodic set of long-form death ambient and drone pieces.  The twelve compositions here run from between 20 to 74 minutes in length, exploring the film's more subtle horror flourishes and gestures; again the pieces all deal in subtly different tonalities and approaches.  Some seriously deep and ominous drone.
Packaged in an oversize DVD case, with a very minimal/"old school" layout (similar to my recent "Blade Runner" and "Hellraiser" sets.)  Released in a limited edition of 5 hand-numbered copies.  $65 ppd. in the United States, $78 rest of world.

ORDER HERE: www.altarofwasterecords.storenvy.com
Posted by Author at 9:47 AM