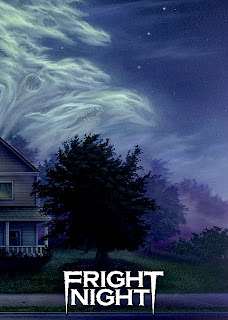 Volume One of my massive rework of the score/soundtrack to the 1985 campy vampire gorefest Fright Night, an exhaustive but focused HNW assault.  The work here is composed of twelve pieces ranging in length from 10 to 40 minutes, dealing in a variety of textures and tonalities.  This one was very fun to make, and I think the results are pretty intense.
Packaged in an oversize DVD case, with a very minimal/"old school" layout (similar to my recent "Blade Runner" and "Hellraiser" sets.)  Released in a limited edition of 5 hand-numbered copies.  $65 ppd. in the United States, $78 rest of world.

ORDER HERE: www.altarofwasterecords.storenvy.com
Posted by Author at 9:43 AM