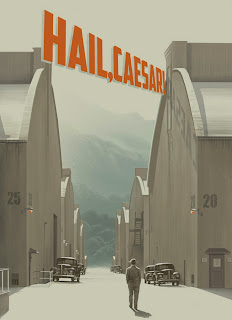 Massive rework of Carter Burwell's backwards-looking score for the Coen brothers' latest red-scare by way of the truly absurd film, Hail, Caesar!  Burwell is one of my very favorite film composers working today; his score here is studied and assured, tapping into both the madcap nature of the 1950s Hollywood studio system and the pervasive melncholy haunting those involved.  My rework is done in the death ambient style, with 16 compositions in a variety of lengths.
Packaged in a set of 4 quadruple capacity DVD cases, each with their own artwork utilizing images from and ephemera associated with the film.  Released in a limited edition of 5 hand-numbered copies.  $105 ppd. in the United States, $121 rest of world.

ORDER HERE: www.altarofwasterecords.storenvy.com
Posted by Author at 3:16 AM