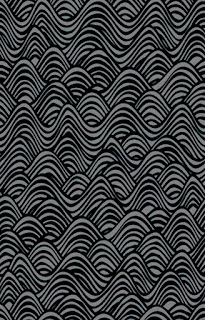 Gesis is an HNW/ANW project from the ever-creatively restless Julien Skrobek.  I doubt he needs much an introduction, but suffice to say, Julien is one of figureheads of modern HNW, crafting severely dense and thoughtful pieces that always reflect close attention to the process and craft of making walls.  Julien's work is always interesting, and I greatly admire his willingness to push HNW every further into the outer reaches, without ever sacrificing the crushing minimalism at the genre's heart.
This tape features three pieces from 2015, all of which are some incredibly bassy, ultra-thick excursions into HNW/ANW-style ambience.  I hesitate to really place these piece squarely in either camp, as there's a lot of crossover-the record is both calming and oppressive, transcendent and destructive.  It is very much a record to get lost in, to give in to and succumb to its crushing, numbing tones.  Beautifully made works of audio intensity.
Released as a C62, grey cassettes, but containing 45 minutes of music (two 15 minute pieces on Side One, one 15 minute piece on Side Two.)  Released in a limited edition of 20 hand-numbered copies.  $10 ppd. in the United States, $26 rest of world (i know, it's awful, and i'm sorry-i wish it were different.)

ORDER HERE: www.altarofwasterecords.storenvy.com)
Posted by Author at 6:44 AM