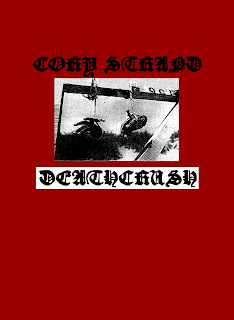 A very special release to commemorate Altar Of Waste reaching 50 releases, "Deathcrush" is another "love it or hate" style piece of work that is sure to captivate some and revile others.  Those that know me are aware of my deep dedication to black metal, particularly the first wave.  Aggression and philosophy were completely united in the early efforts of Mayhem and Burzum and there was a sense of true anger and disgust, as well as a bizarre occult mysticism that few bands have been able to achieve since.
Mayhem's landmark "Deathcrush" stands as perhaps the best example of that virulent anger, an album that sounds as wicked, brutal, and uncompromising today as it did back in 1987.  In working with the record for my own "Deathcrush," I have attempted to tap into the primitive nature of the music and get to a level of extremity not found in my noise and ambient work thus far.  The six discs of ambient are extremely stagnant and unmoving while the six discs of HNW are stupidly punishing in their simplicity.  Effort was made in both cases to ensure a proper level of intensity, be it a near silent or ragingly destructionist one.  This is my love letter to black metal.  I hope I've done the work proud.
This is the most elaborate AOW release I've done.  Packaged in a box with an insert, an art print, and a bonus CD, my ambient reworking of Burzum's "Aske" EP (only available in this set.)  Limited to a hand-numbered edition of 5 copies.  $85 ppd. in the United States, $97 rest of world.

ORDER HERE: www.altarofwasterecords.storenvy.com
Posted by Author at 11:48 AM