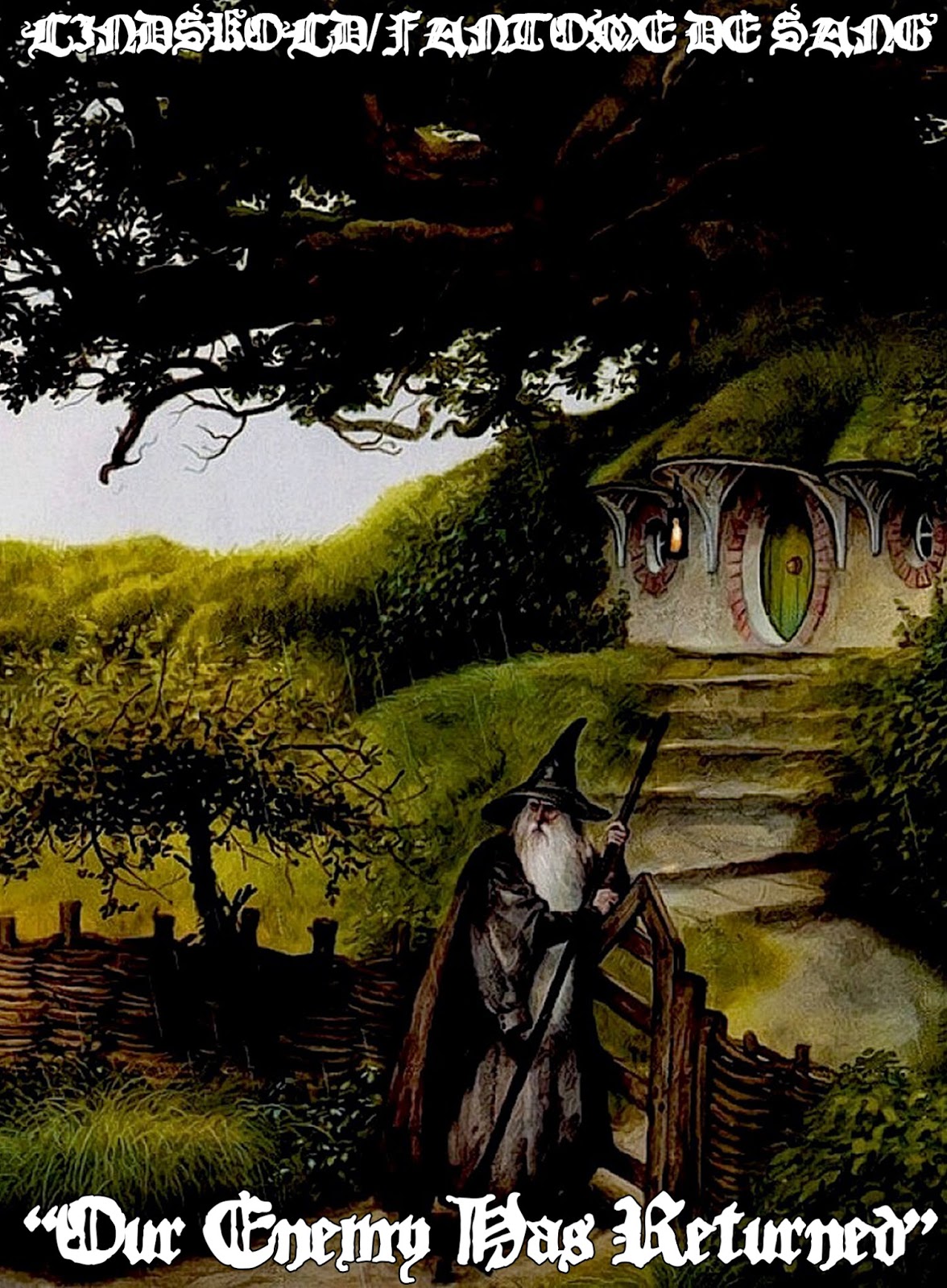 Second Tolkien-themed split release from Lindskold and Fantome De Sang, with both projects charting an obvious progression from the positions claimed on their last pairing.  Lindskold's track shows the project moving even further into a more straightforward epic style of black metal approximation, layering the resplendent "Lidless Eye Awakened In Flame" with discordant synths, psychedelic guitars, plodding basslines and cavernous melancholic choral vocals.  An altogether different sound from virtually everything that has come before, working off the direction hinted at on "Where The Shadows Lie."
Fantome De Sang's track sees the project working in a far more melodious, throbbing sort of vein, with thick punishing synth lines choking themselves amidst a dense tangle of ridiculously over the top and motorik black metal drumming.  A far more minimalist approach than any previous Fantome De Sang recordings but no less punishing for it.
Packaged in a DVD case in a limited edition of 10 hand-numbered copies.  $10 ppd. in the United States, $23 rest of world.