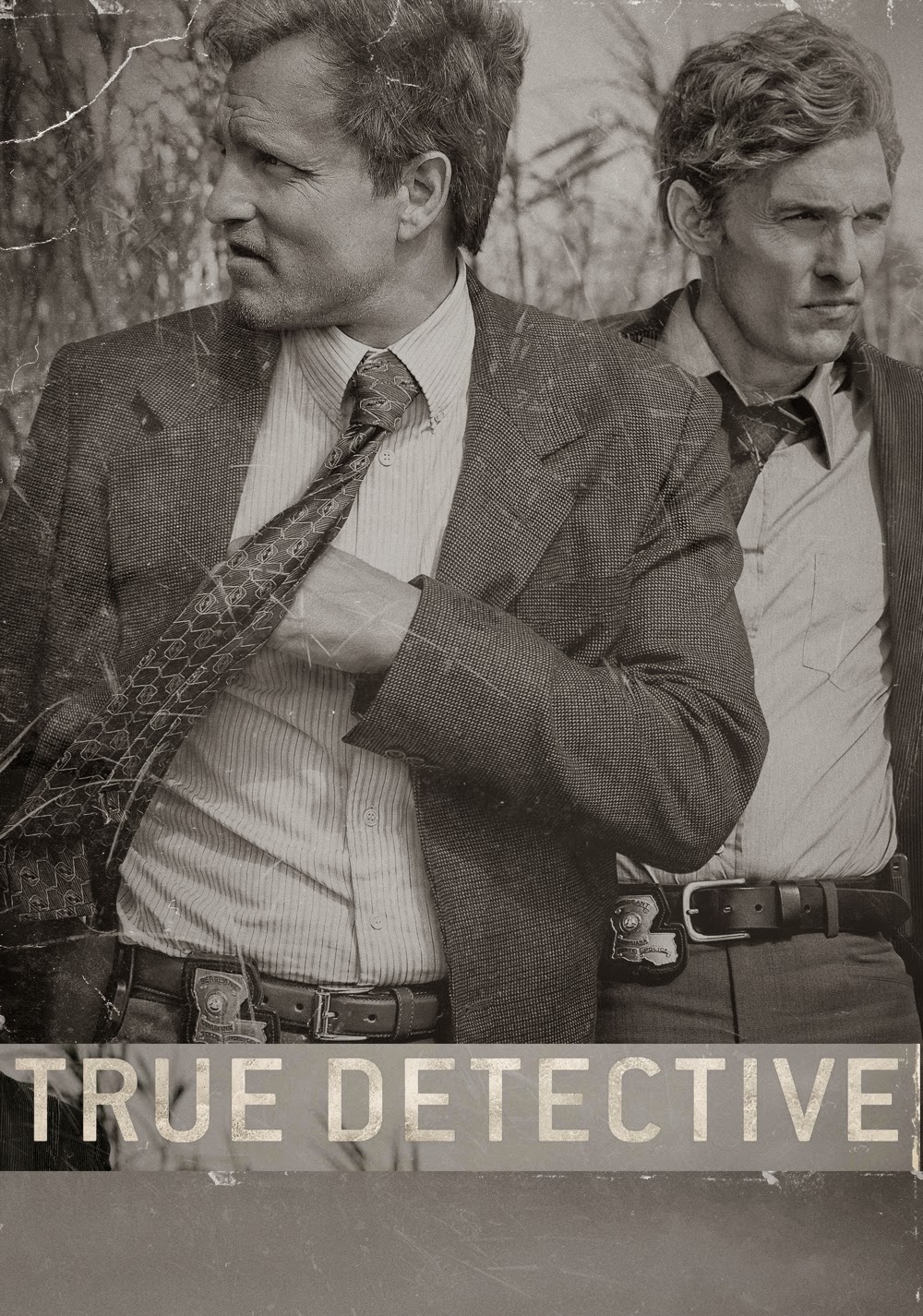 Like so many others, I was blown away by HBO's "True Detective," a harrowing exploration of humanity's apparent spiritual emptiness and capacity for thoughtful violence, both physical and psychic.  Nic Pizzolato's epic film was an enigmatic mixture of Nietzschean soapboxing, Schopenhauerean hopelessness, and Lovecraftian cosmic indifference, all framed by a choking atmosphere that was more than a little reminiscent of David Lynch's "Twin Peaks."  But for all its dark posturing and philosophical pronouncements, what "True Detective: Season One" ultimately proffered was the absolute rejection of nihilism as a viable ideology.  What Hart and Cohle find isn't that life is meaninglessness punctuated by cruelty, but is instead just one part of a larger and more benevolent whole, a oneness that exists outside of our limited perceptions and foci.
This rework is different from many that I have done in that here I am working with the entirety of the audio from the series as opposed to a soundtrack: each disc represents the real-time playthrough of each episode, making this perhaps the most direct engagement i've done with filmed material.  The audio is then run through a variety of effects to make it more pliable.  Make no mistake-in keeping with the show's atmosphere of darkness and psychic terror, i've made each of these discs severe to the extreme.  Crushing minimalist HNW sojourns into the night.
Packaged as an eight-volume set, with each disc housed in its own DVD case, with artwork and imagery from the corresponding episode.  No fancy box, no extras-just the film as it aired.  Released in a limited edition of 10 hand-numbered copies.  $65 ppd. in the United States, $78 rest of world.