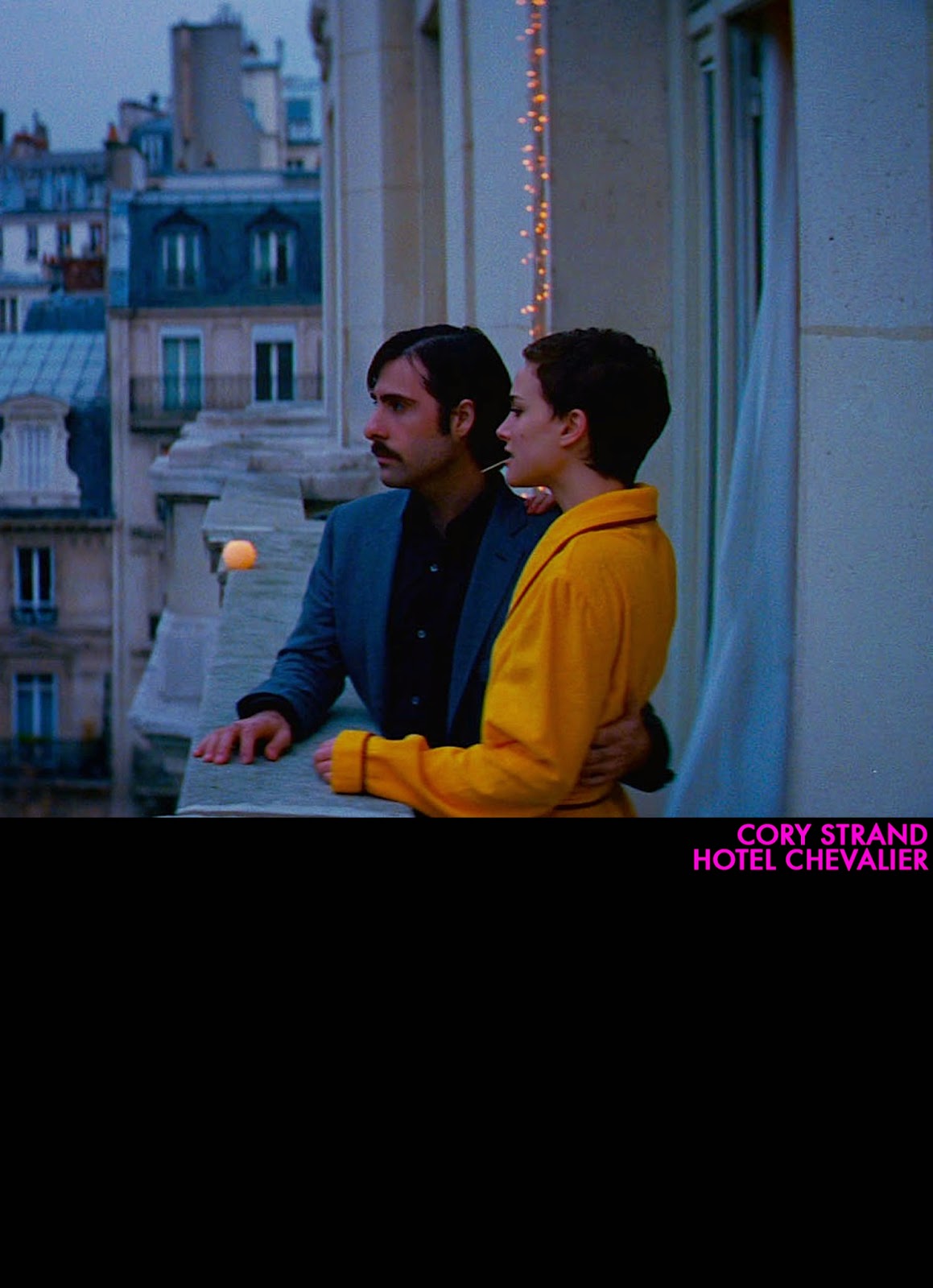 No filmmaker inspired as much division during my time in film school than Wes Anderson.  People either liked or hated him with equal passion.  I was clearly in the former camp; seeing "Rushmore" was one of the cinematic experiences that made me very much want to study film seriously (the other film: Paul Thomas Anderson's "Boogie Nights.")  While i love all of Anderson's films for their emotional vulnerability and beautiful enclosed universes, none strike me as more heart-crushing and beautiful than his short masterwork, "Hotel Chevalier."  Few films so accurately capture the potent mixture of anger, yearning, and desire that can haunt the memory of failed relationships; few films so beautifully depict the psychological damage those memories can inflict.
This release represents three different approaches to working with the film.  The first piece is an HNW manipulation of the film's real-time audio track; the second is a lengthy death ambient treatment of the film's audio, stretched to a gray and empty evocation of decaying dreams.  The third piece is a blurry, vaguely melodic transformation of Peter Sarstedt's "Where Do You Go To (My Lovely)" as it appears in the film.
Packaged in a DVD case in a limited edition of 5 hand-numbered copies.  $10 ppd. in the United States, $23 rest of world.

ORDER HERE: www.altarofwasterecords.storenvy.com
Posted by Author at 6:46 AM