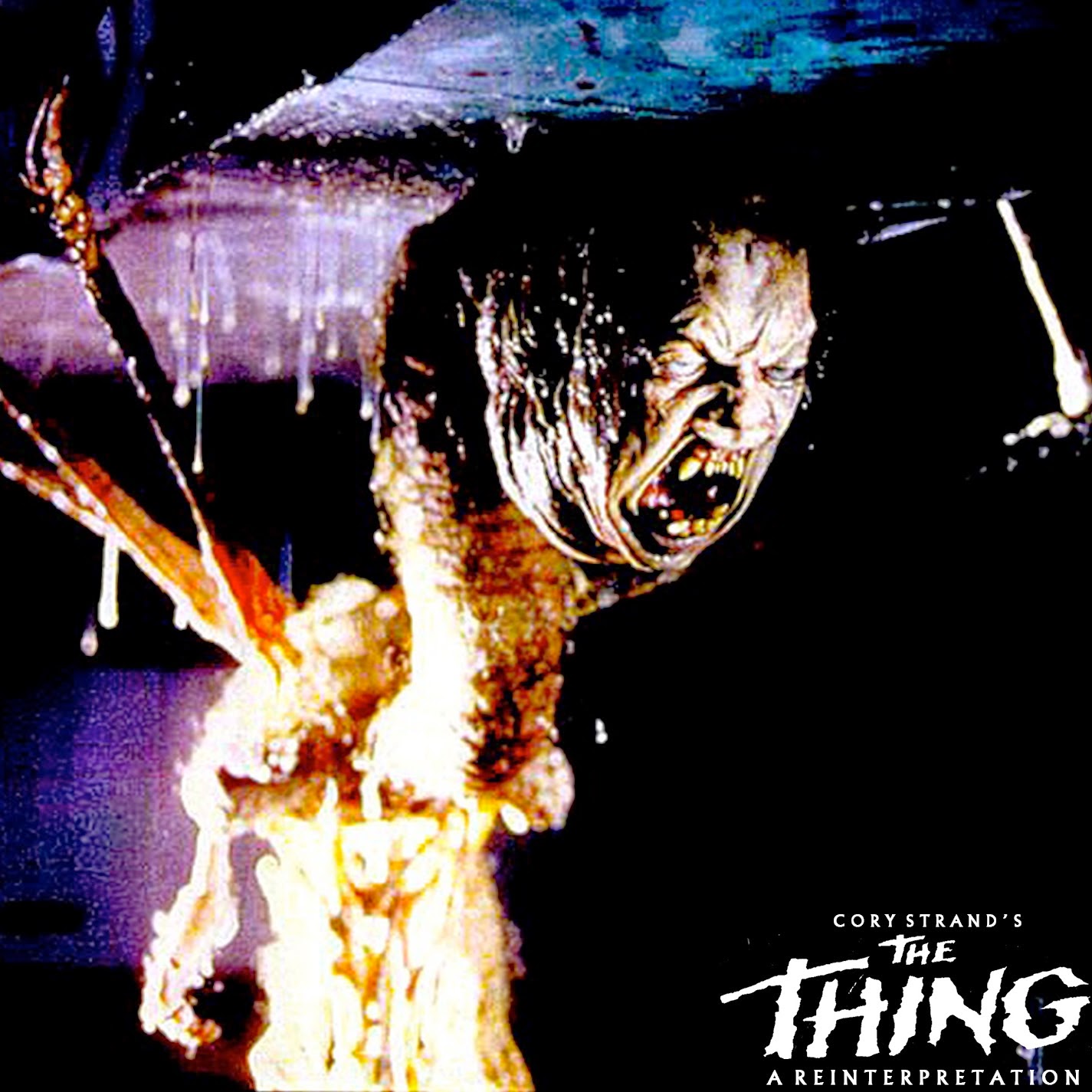 Split album between Crown Of Bone and myself in honor of one of our favorite films, John Carpenter's masterful blast of Lovecraftian paranoid terror, "The Thing."  Crown Of Bone turns in a massive one track onslaught of scathing, screaming frigid arctic alien noise while my album is a full on rework of Ennio Morricone's score for the film.  My approach on this was similar to the other film-themed splits Dustin and I have done, wherein I allow many of the original OST elements to surface amongst the static and noise.  This is a big trippy set of psychedelic noise washout!
$12 ppd. in the United States, $25 rest of world.

ORDER HERE: www.altarofwasterecords.storenvy.com
Posted by Author at 4:39 AM