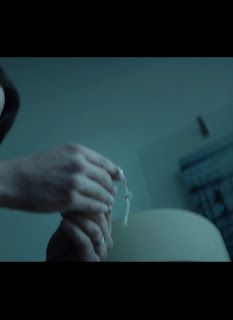 Very pleased to present my rework of Tyler Bates' score to the gorgeously shot revenge epic John Wick.  Equal parts Tarantino and Carpenter, John Wick boasts an outstanding performance from Keanu Reeves and some of the most exquisite widescreen compositions i've seen in a film in years.  The lighting is perfection, the camera work phenomenal; the film itself is a parade of relentless violence and destruction, human lives squandered in a bloody quest for vengeance, an attempt to fill a void left aching by the loss of two loved ones.  Bates' score is composed of beautifully extended and droning synth tones, again evoking the spirit and aura of Carpenter.  My rework plays off of those drones, creating a series of EP length ambient compositions that enhance both the dread and the beauty present in the work.  These are some of my loveliest ambient pieces as of late, a perfect marriage of Hecker-esque blurgaze and Carpenter-influenced hyper-foreboding minimalism.  The set also features and extended coda piece and four HNW pieces crafted from the soundtrack; they're fucking massive.
This is the deluxe edition of the rework, with each of the 19 compositions housed in its own DVD case, each with their own artwork utilizing my favorite images from the film.  Screen grabs were done by me personally from the blu ray of the film.
This version also includes an HNW "Totality" rework of the entire film's audio track, exclusive to this set.  Released in a limited edition of 3 hand-numbered copies.  $175 ppd. in the United States, $191 rest of world.