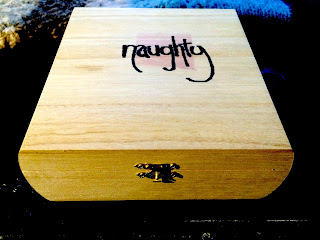 This record is certain to be in my top ten of 2016 noise releases as well, if not at the VERY top.  Charlotte is a master.  Do NOT miss this record.

This version of "My King" is packaged in a wooden box, hand-lettered by me.  Each of the six walls is presented as its own disc; each is packaged in a heavy fold-over cover with full colour exterior and interior artwork utilizing images from Mon Roi, with each disc then housed in a clear plastic bag.  The images used were selected by Charlotte Skrobek and myself and the screen grabs were done by me from a high definition transfer of the the film.  The box set also includes an informational insert.  The box set version is released in a limited edition of 5 hand-numbered copies.  $35 ppd. in the United States, $51 rest of world. 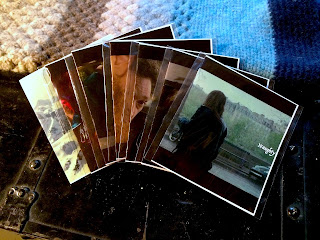