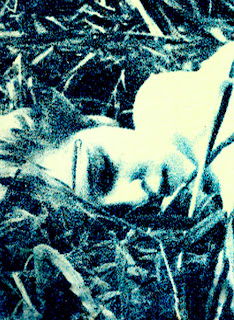 An addendum to my work with River's Edge, arriving in the form of a "ghost ambient" version of the film's entire audio track alongside a deeper, denser, more hopeless HNW rework of the same (think of it as an alternate "Totality" recording.)  Both versions are extremely cold, despondent, and empty.  Death ambient and death HNW.  Nothing matters.
Packaged in a DVD case in a limited edition of 5 hand-numbered copies.  $30 ppd. in the United States, $43 rest of world.