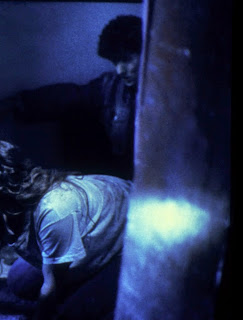 The last time I worked with Clive Barker's Hellraiser, i based my recordings around Coil's original score for the film, commissioned by Barker but unused in the actual film.  This time around, I've decided to work with Christopher Young's more bombastic but no less effective score for the film; the result is a crushing set of long static HNW that revels in brutality and obstinate stagnancy.
Packaged in an oversize DVD case, with a distinctly minimalist/"old school" aesthetic.  Released in a limited edition of 5 hand-numbered copies.  $65 ppd. in the United States, $78 rest of world.

ORDER HERE: www.altarofwasterecords.storenvy.com
Posted by Author at 5:41 AM