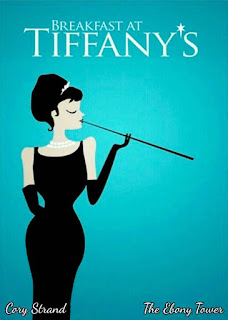 Just received my artist copies of my gargantuan split with The Ebony Tower, focusing on Truman Capote's Breakfast At Tiffany's.  My six discs are massive crushing walls built from elements of the film version's soundtrack; The Ebony Tower's six discs are working off of Capote's novel.  All in all, a devastating, wholly destructive 12 hour assault of tsunami-like wallcraft.  Crazy stuff.
I have four copies available (this was an edition of 15.)  $45 ppd. in the United States, $58 rest of world.

ORDER HERE: www.altarofwasterecords.storenvy.com
Posted by Author at 9:06 AM